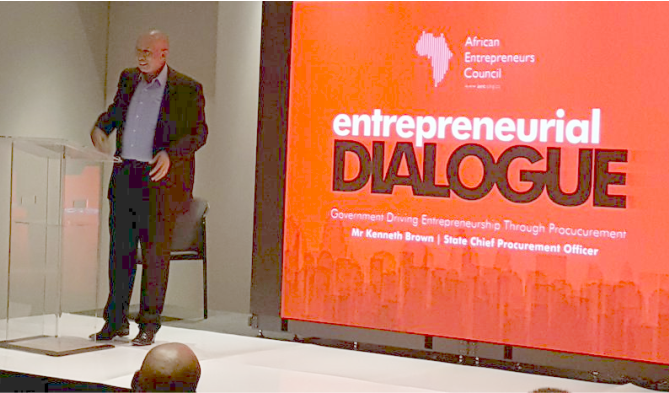 Times LIVE: New e-tender portal will be an ‘amazon.com for government’‚ says head of procurement

Of this‚ 80% is for tenders worth less than R100-million‚ which provides opportunities for small and medium enterprises to do business with government‚ Brown said.

Brown told entrepreneurs that a database of suppliers was being developed and companies can now register to participate in procurement. An e-tender portal has also been developed‚ which will ultimately enable companies to see every tender available from government.

But for these systems to benefit entrepreneurs the best‚ there needed to be better procurement planning in government.

“Every department must put all its procurement plans on the e-tender portal. You should be able to know which procurement opportunities are likely to come in the future‚” Brown said.

“What we are building is an amazon.com for government. If you want to buy polish as a government you [should be able to] just punch in polish and all the suppliers show up‚” he said.

“The aim is to be able to create an environment so that every entity‚ small or big‚ can get equal opportunity to do business with government‚” he said.

“The office of the chief procurement officer has been in existence for three and a half years. I was established to deal with all the problems associated with procurement in government and create a somewhat centralised system which will eliminate corruption.”

Brown has given his office about two years to start getting some of the new procurement systems operating at full capacity.