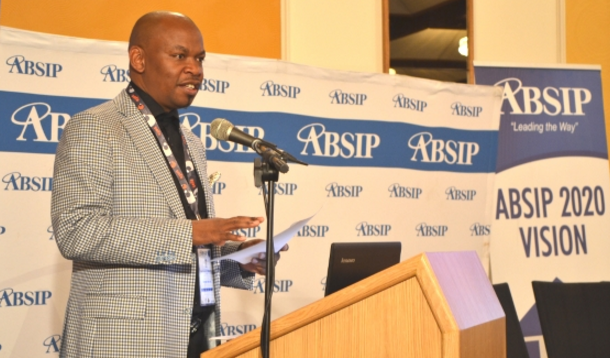 The Youth Economic Indaba is an initiative of young people that responds to high levels of youth unemployment. To commemorate the efforts and values of the youth of 1976, ABSIP and its professional affiliates chose the youth month. The Youth Economic Indaba focuses on advanced dialogues between specialists in subject matters, civil society, young people, business and public sector.

This year the ABSIP Youth Economic Indaba was held at the Parktonian Hotel in Braamfontein, Johannesburg and brought together over 150 students, young professionals and captains of industry. The theme for this year’s Indaba was #GameChangers – a theme centred around young people taking initiative and being in control of their generational struggle.

After the welcoming address by the ABSIP Secretary General, Mr. Sibongiseni Mbatha, who emphasised the importance of the Youth Economic Indaba, the delegates were honoured by a keynote address by Mr. George Sebulela, the Group Chairman & President of Sebvest Group.

Mr. Sebulela highlighted the importance of young people to be innovative in coming up with solutions to unemployment especially by embracing modern advancements in technology.

Alongside the keynote address, there were four discussions panels which really dwelled into the subject matters which ranged from Entrepreneurship, Education and Skills Development, Young Women Development and Energy Sustainability in Africa.

A special thanks to our panelist;

A special thank you goes out to the ANC Deputy Secretary General, Ms Jesse Duarte as well as Mr Maurice Radebe, Executive Vice President of Sasol, Energy Business for the warm words of support.

We would like to thank all those who made the second ABSIP Youth Economic Indaba the great success that it was. A detailed report of the resolutions and way forward will be tabled to the ABSIP National Executive Committee and circulated to all ABSIP members in due course.

Sorry, the comment form is closed at this time.